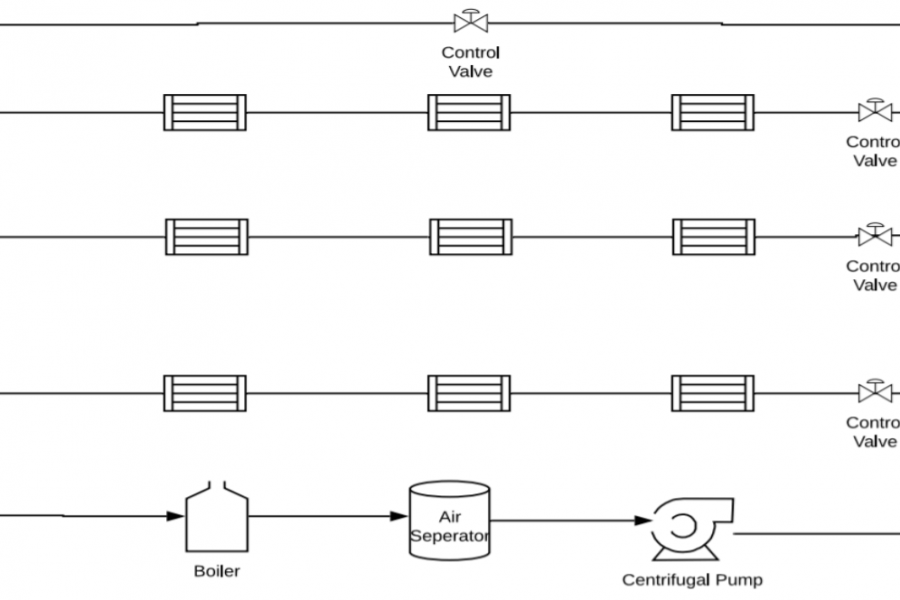 A Look at Efficiency and Fire-tube Boiler Minimum Flow Rates

With the constant rise in equipment costs, building owners and engineers are constantly looking for ways to decrease initial and utility costs for their HVAC projects.

This has driven the market standard to pumps on variable speed drives, and high efficiency condensing boilers.

These condensing boilers can be divided into two subcategories based on the volume of water they can hold, and leads installers to consider High Mass Fire-tube Boilers vs. Low Mass Water-tube Boilers.

There are several factors to consider when determining which type of boiler system is optimal for your application.

As you think of the needs of your system, compare these differences to validate that you are choosing the right kind of system:

One significant difference between these two boilers that has affected the design of systems is the fact that higher mass boilers do not need to maintain a constant flow.

Fire-tube boilers can handle a wide range of capacity through them.

By using just one set of variable speed pumps to serve our boilers and terminal units we have created what is called a Variable Primary System. 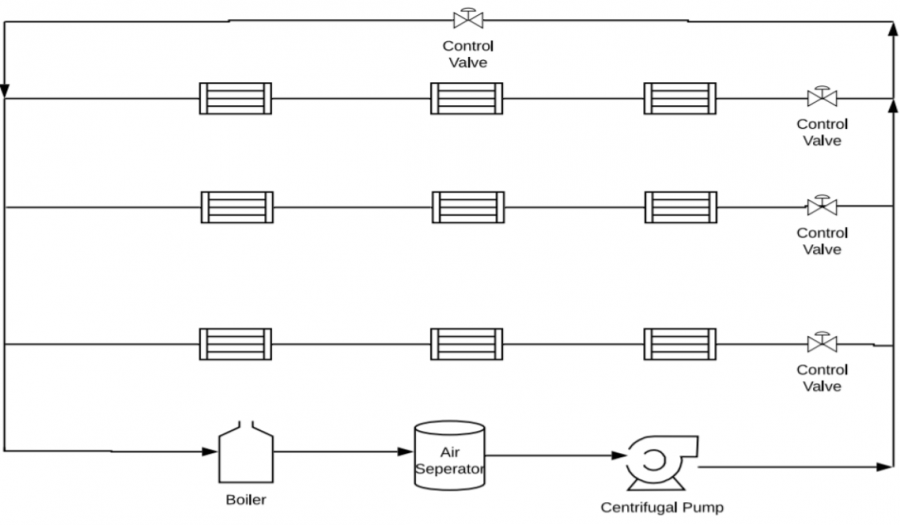 Variable Primary Systems have provided an alternative to the traditional Primary & Secondary Design which is still required for water tube condensing boilers and other boilers with a low mass design. 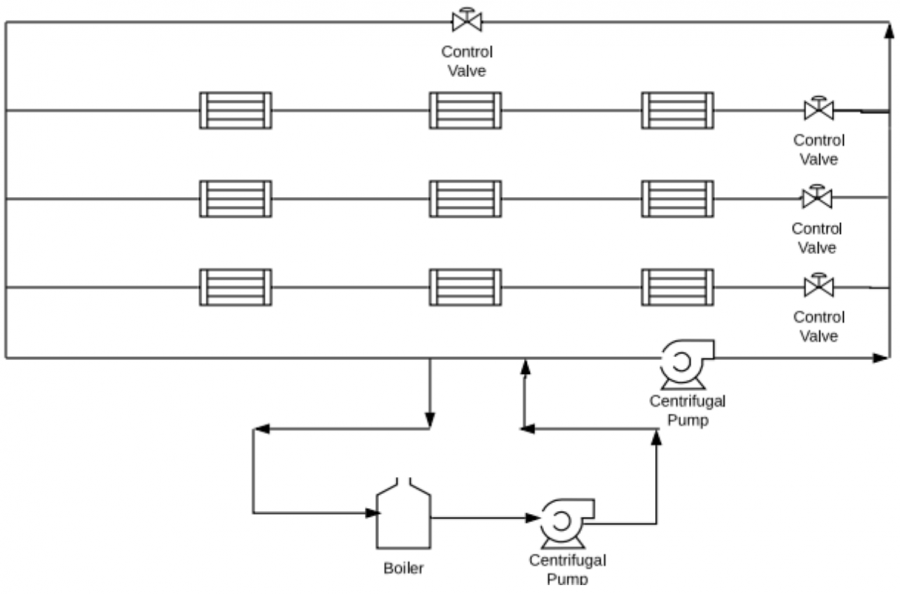 With a Variable Primary Flow design, we eliminate the need for a second set of pumps within the boiler loop, which can reduce the initial cost of our system.

One popular topic of conversation regarding these large mass boilers, when they are designed in a Variable Primary System, is the boiler’s minimum flow rate and how it affects the system.

One formula we will need to understand for this topic is a heat transfer formula that is used quite often in HVAC:

Considering that HVAC projects in the United States usually measure water flow in gallons per minute, not pounds per hour, and that the c value of water at 60ºF is around 1.0, the formula is often simplified to read:

When relating this equation to a boiler we can translate it as:

So how low can we flow water through our boiler?

Some important information needed to solve this equation is the minimum capacity of our boiler.

If this is not given, it can be calculated using the turndown of the boiler and its maximum capacity.

The final piece of information needed is the temperature rise.

Usually this will be designed by a mechanical engineer and is typically set somewhere in between 20ºF and 60ºF.

To find the minimum flow rate possible through the boiler, we will have to consult the boiler’s manual and look up the largest temperature rise allowed per the manufacturer.

This rise is normally 80ºF or 100ºF. All boilers have a maximum temperature rise.

If the inlet and outlet temperatures are any wider, it will create enough thermal stress on the heat exchanger to break it.

If the boiler manufacturer states that the max temperature rise of our boiler is 100ºF we get the following equation.

Solving for the flow rate, the minimum flow is 6gpm.

If the flow is any lower the boiler will shut itself off in order to protect it from damage.

All boilers have a minimum flow rate at which the boiler can continuously fire even if it is implicitly stated.

Taking a look at the operations manuals for several major manufacturers of Fire-tube boilers, they all have a relatively similar sequence of operations.

They all use a system supply temp sensor and follow the (simplified) order of operations below:

Using the boiler from the previous example and a system design temperature rise of 40ºF the heat transfer formula looks like this:

This gives a minimum system flow rate of 15gpm.

Any less than this and the boiler will surpass its set point and shut off until the supply temperature drops again.

It is important to limit the number of times the boiler will cycle on and off in a given period of time.

The more often the boiler cycles, the more frequently the boiler will need to be serviced.

Frequent cycling of the boiler will also lead to an increase in energy consumption due to the loss of the thermal energy stored in the heat exchanger and vent being lost to the outside.

If a building is going to have frequent periods of very low heat demands compared to its design point, a good solution would be to have several smaller boilers to increase the boiler plants turndown.

While any fire-tube condensing boiler can handle little to zero flows through the heat exchanger while the unit is not firing, no boiler can sustainably continue to fire when flow through the boiler is less than its inherent minimum running flow.

In order to properly size a boiler plant, the designer needs to look at the full range of heat loads that will be required for the building and be aware of the limitations of the equipment they are selecting.

All of This Being Said

In a hydronic system, both fire-tube and water-tube boilers can be viable solutions.

A water-tube can be a great selection on a retrofit job with limited space for a large boiler.

A primary secondary set up is very easy to integrate with an existing system.

A fire-tube can also be the better solution if you are designing a system with only one set of variable speed pumps in mind.

They have the ability to handle varying flows through their heat exchangers without risk of damage.

It is still important to keep in mind that even fire-tube boilers have their limits in terms of flow variance.

Every building is unique, and likewise the best boiler plant solution will depend on the system you are looking at.

Written by Application Engineer, Will Dargan, location in our Annapolis Junction, MD office. We sell and service Lochinvar boilers; contact us for more info! 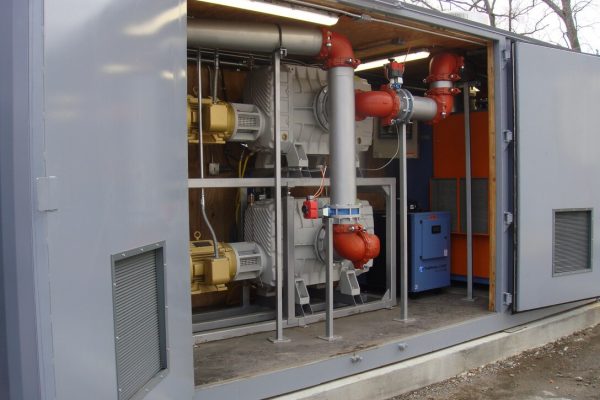 The Arnold Air Force Base published an article, Tunnel 9 avoids downtime with Containerized Vacuum System, detailing a project we are… 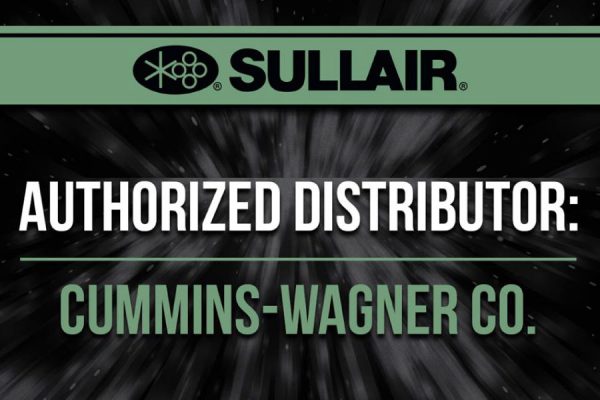 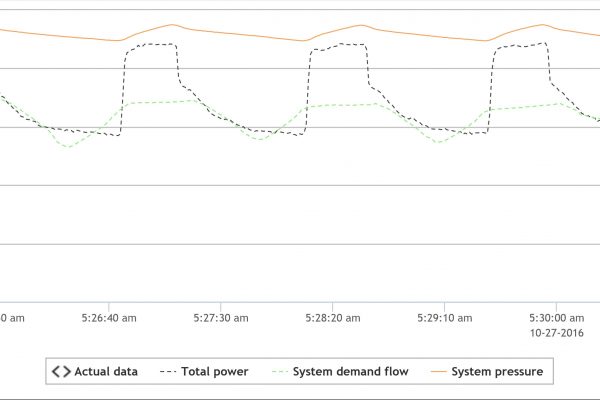 Cummins-Wagner’s Manager of Compressed Air Products and Systems, Rob Neely, was published in Plant Engineering Magazine on Best Practices for…